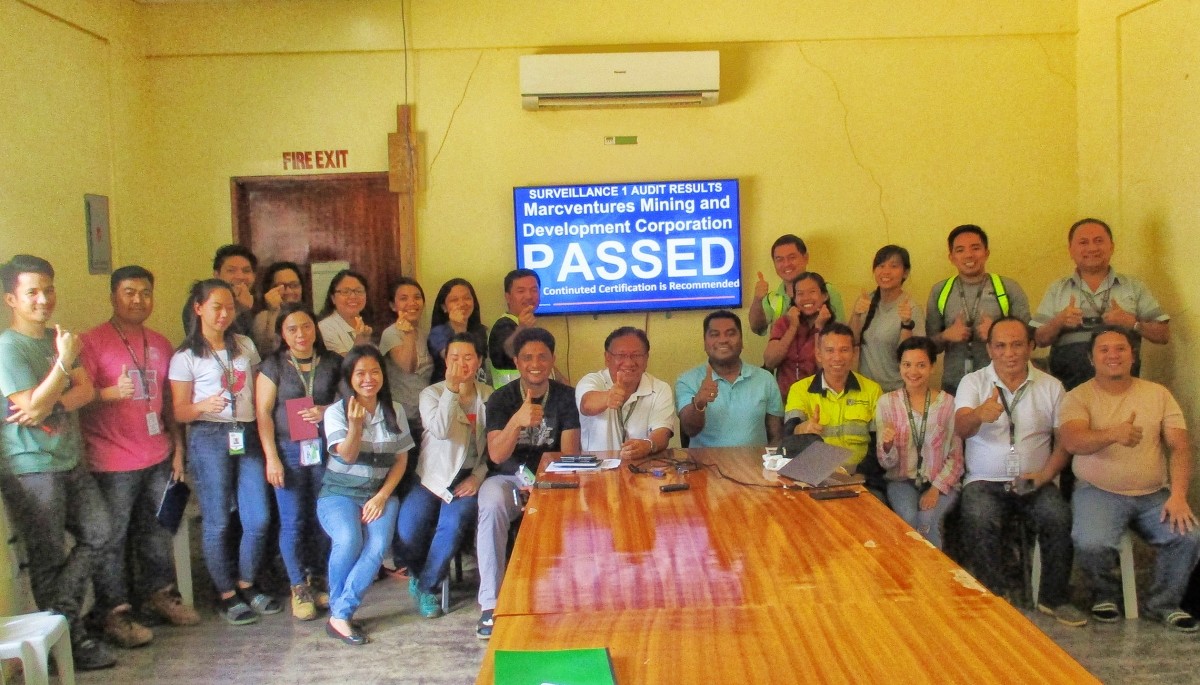 The recommendation was based on the first Surveillance Audit conducted by NQA in October, 2018, one year after MMDC obtained its 2017 IMS certification, according to Angel Cao, MMDC Compliance and ISO Officer.

“To keep the IMS certification the organization must have an in-depth understanding of the system’s requirements, this means proper maintenance and continuous improvement and process upgrading," he said.

"The IMS committee, the scope owners, and the contractors involved in every audit also play an important role in the recertification,” he added.

Cao rallied MMDC personnel to maintain the ISO certifications in the coming years, because it stands for the company's desire to attain excellence and maintain its reputation as a responsible miner.